The 15 Best Cities to Open a Restaurant

Robert is a writer and journalist based in Colorado. He covers law, public works, homelessness, and food. Robert spent nearly 12 years in the restaura... continue

Last year, Bid-on-Equipment, an online marketplace for industrial equipment, released a study on the best cities to start a restaurant.

Some of the findings were shocking. Who would have guessed that Cambridge, Massachusetts would outrank destination cities like Miami, Florida or Austin, Texas?

However, the report does substantiate an aphorism of the restaurant industry: it’s all about location.

The report examined 236 cities across the country and recorded its findings based on four criteria: Annual restaurant sales per capita, restaurants per capita, number of restaurant industry workers per capita, and median income in each city.

But, there’s more to a successful restaurant town than just numbers. So, we dug into the report to find out what makes each city so ripe for restaurants and which restaurants exemplify their city’s special characteristics.

You might imagine Miami as a city of endless beaches and nightlife activities. While you wouldn’t be wrong to describe the city that way, you’re not completely right either.

Miami is home to some of the country’s best Caribbean and Latin inspired cuisine. It’s a melting pot of flavors from South America, Haiti, Puerto Rico, and all over the world. However, this melting pot is quite crowded with over 250 restaurants in the city. Those that want to survive need to find a way to stand out amongst the crowd.

One restaurant that stands out in Miami is Stubborn Seed, an upscale concept created by former Top Chef contestant Jeremy Ford. It offers new takes on classic dishes like Indian Butter Chicken, and introduces the locals to some exotic flavors like Japanese Kusshi Oysters, or Dover Sole.

Colorado is known for its world-class ski resort and 300 days of sunshine per year. Denver is also one of the fastest growing cities in the U.S. and residents are pulling in more income from jobs in technology and aerospace.

Nowadays Denver is also known as a burgeoning culinary destination ripe with New American flavors that are sure to surprise any pallet.

Annette is one Denver restaurant that is taking the New American concept to new levels. You can try beef tongue with a pickled relish and coriander cream or settle into something more comforting like pork tonnato with capers, red onion and parsley.

Like Miami, Tampa is a cultural melting pot of Cuban, Spanish, German and Italian cuisines that started booming following the 2007 recession. During that time, old restaurant equipment was sold at dirt-cheap prices, allowing chefs and entrepreneurs to explore their dreams of opening new restaurants. 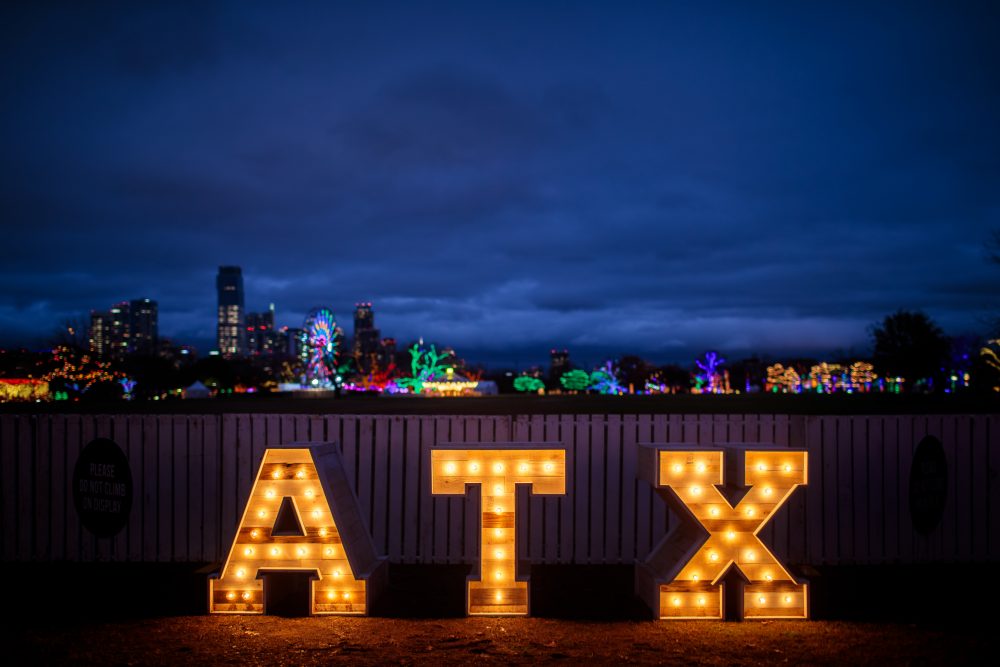 Austin is far more than just oak-smoked Tex-Mex these days. In fact, the city is now home to some of the best brunch and coffee places in the country.

While the demographics of the city are certainly changing, its food scene is staying close to its roots by focusing on nose-to-tail concepts that are equal parts impressive and innovative.

Restaurants like Foreign & Domestic, a nose-to-tail-to-table concept in the North Loop, are impressing patrons with dishes like charred duroc pork and wagyu bavette (think skirt steak). These dishes pair very well with the restaurant’s craft beer and wine selection, making it a destination for any foodie.

Traditionally, Scottsdale is known for its deserts and golf courses. But, the city is beginning to turn its reputation around because of an influx of talented chefs paired with stellar local produce to capture the city’s unique environment.

At The Mission, patrons can enjoy more Mexican-inspired dishes like beef antichuchos or duck carnitas empinadas.

Located on Lake Washington, Bellevue boasts a great mix of classic restaurant concepts with fresh, organic seafood. The area’s median income is also over $100,000, meaning residents have some extra cash to spend on eating out.

One restaurant that exemplifies this mix is Seastar Restaurant and Raw Bar, a local concept that offers comfort foods like deviled eggs and local favorites like torched salmon belly. The restaurant is also fairly affordable for the area with an average plate costing about $15, even though the dishes are considered upscale by every measure. 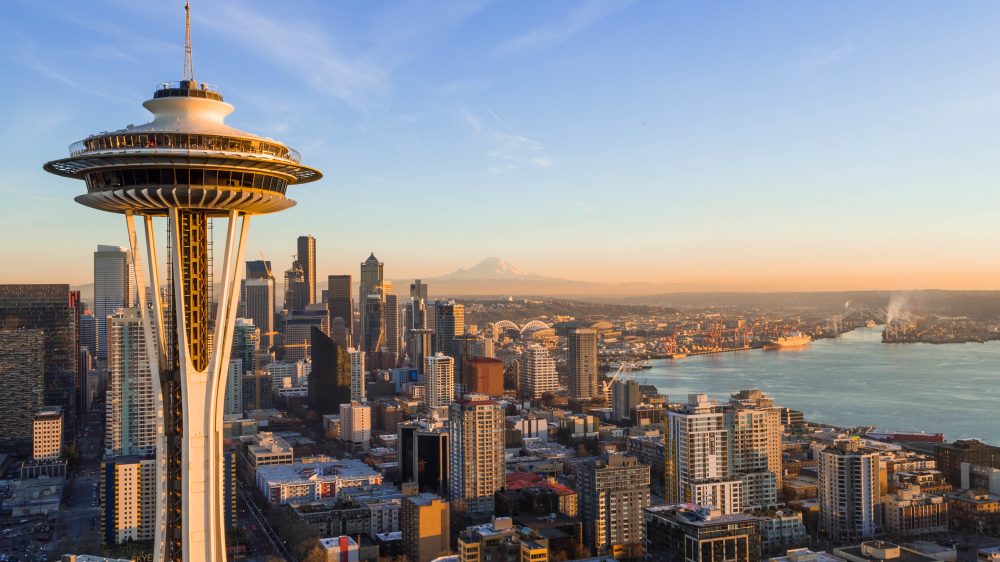 There’s no doubt that you’ve heard of Pikes Place Market, the 100 year-old collection of food stalls near Peugeot Sound. But did you know that Seattle is known for Malaysian, East African, and American southern food?

Restaurants like Kedai Makan in Seattle’s Pike Neighborhood is one example of the city’s eclectic food scene. If you’re into Malaysian favorites like frog legs, pig tail, and tiger clams, then this restaurant is the place you want to be.

Plano’s culinary growth may surprise other Texans since the city is seen as “too far away” from other big cities, but foodies understand that its popularity is due to its diversity. The city has everything from elegant fine dining to local surprises that are sure to excite any hungry traveler.

One destination that exemplifies why Plano’s food scene is rapidly expanding is the Legacy Food Hall. This place has 23 bars and restaurants that serve every kind of food someone could want, from pizza to barbeque to sweets and treats and everything in between.

If you want excellent Mexican food in the Commonwealth, check out Chilicates in either South End or Mission Hill. The restaurant is low-key (they don’t even have a website!) but they serve some of the best Mexican street food you’ve ever tasted.

Like Boston, Cambridge is experiencing a rapid diversification of its food scene. Now, the town is known for Turkish and Middle Eastern cuisine more than its combination of preppy intellectuals.

Restaurants like Oleana are leading this Middle Eastern surge. With familiar classics like fatteh and exotic dishes like lambjun, Oleana is a can’t-miss stop on your way through Cambridge.

Known as the Hollywood of the South, Atlanta is one of the hottest food scenes in the county. Atlanta’s food scene is the shining light of the south. It has the best fried chicken in the south (sorry Nashville) and boasts a wide variety of African and Caribbean flavors.

If you want to try true southern cuisine, head to Mary Mac’s on Peachtree Street in downtown Atlanta. It’s the first black-owned restaurant in the city’s history, and has some of the best southern food you’ll ever taste.

You probably think I’m going to tell you about a fancy burrito stand or a farm-to-table restaurant that has the best green goddess dressing. But, San Francisco’s food scene is more than just avocados and salad. In fact, the city’s food scene is nearly as diverse as the people who inhabit it.

For example, Dancing Yak offers patrons a taste of Himalayan while Little Baobab offers some of the country’s best Senegalese food. Adding diversity to its food scene has helped San Francisco become known as a culinary destination instead of just being a part of Silicon Valley.

The nation’s capital is known for its stuffy politico population. But, it’s also becoming one of the most diverse cities in the country. Because of this, Washington D.C. now has some of the open-fire Middle Eastern food or Filipino delights the U.S. has to offer.

One restaurant that exemplifies this increasing diversity is Kaliwa in the Columbia Heights neighborhood. It offers some of the best Filipino barbeque that one can find off of the islands while staying true to its roots with dishes like Hoe-Deop-Bap, a raw salmon dish that is as unique as its name

Ann Arbor is one of the biggest college towns in the country and has a large number of sports bars to boot. But, as the New York Times says, Ann Arbor’s food scene is truly growing up. Now, it’s known for some excellent Vietnamese and French food.

One example is Mikette Bistro and Bar which offers patrons a taste of Southern French cuisine. Open for brunch, lunch, and dinner, Mikette has everything from a raw oyster bar to French inspired dishes and grilled swordfish.

Just a stone’s throw from Washington D.C, Arlington’s food scene now tops some major cities on the East Coast. With an area median income of over $108,000 and 370 restaurants per capita, Arlington is also one of the most competitive restaurant markets in the country.

With that in mind, restaurants really need to offer something special so residents don’t take the short drive over to Washington D.C. The Renegade VA does just that by offering all-day breakfast, happy hour specials, and an exquisite dinner. Patrons can sample dishes inspired by flavors from the Caribbean, South America, and the Hawaiian islands.

Robert is a writer and journalist based in Colorado. He covers law, public works, homelessness, and food. Robert spent nearly 12 years in the restaurant industry working as a general manager.... continue

How Restaurants Give Back to Their Communities

Bringing In Restaurant Customers as Summer Heats Up with the Right Ambiance, Menu, and Marketing

The New and Unusual Ingredients Making It on to Restaurant Menus

Unique Bar Designs that Keep Guests Coming Back for More