Alicia is a savvy business professional with a passion for the hospitality industry - the entire industry. A world traveler, with a love of the culina... continue

Thousands of people attended the engagingly named Rock the Fork on Sunday even though it coincided with an afternoon Bears game on a pleasant afternoon. The fact that so many people attended Chicago Gourmet sponsored by Bon Appétit magazine demonstrates that whatever you are looking for in Chicago, you will likely find it. There’s much to choose from including professional sports, art, culture, theater and a thriving culinary scene.

It’s hard to believe the Chicago Gourmet celebrated its eleventh year. Each year the event grows, attracts a new contingency of celebrity chefs and interesting vendors offering clever food and cocktail creations. The growing attendance proclaims Chicago’s secure spot on the map as a coveted culinary destination. The festival was created by the Illinois Restaurant Association to honor Chicago’s culinary achievements and the creative vision of the chefs, master sommeliers, and wine-, spirit-, and beer-makers who participate.

Challenging myself to try items that were different and not readily available, I found duck bacon and a bourbon cocktail. Maple Leaf Farms came across the border from Indiana to Illinois to offer their delectable duck bacon served caprese style with mozzarella and basil on an artfully designed skewer. 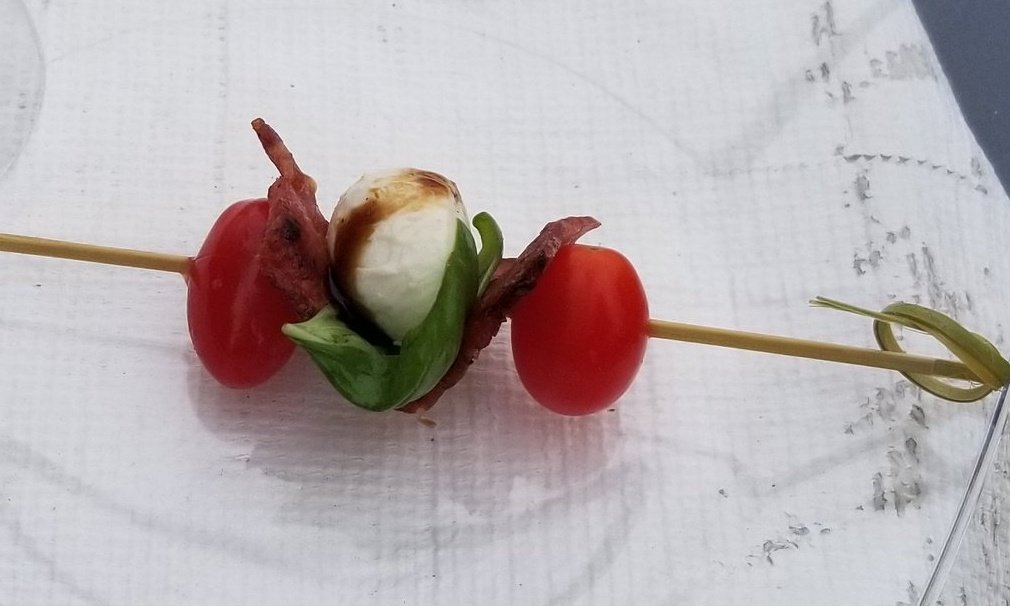 The Day Dreamer bourbon whiskey cocktail created by the Venetian Hotel in Las Vegas is an interesting blend of whiskey and liqueurs topped with a dried charred lemon slice. 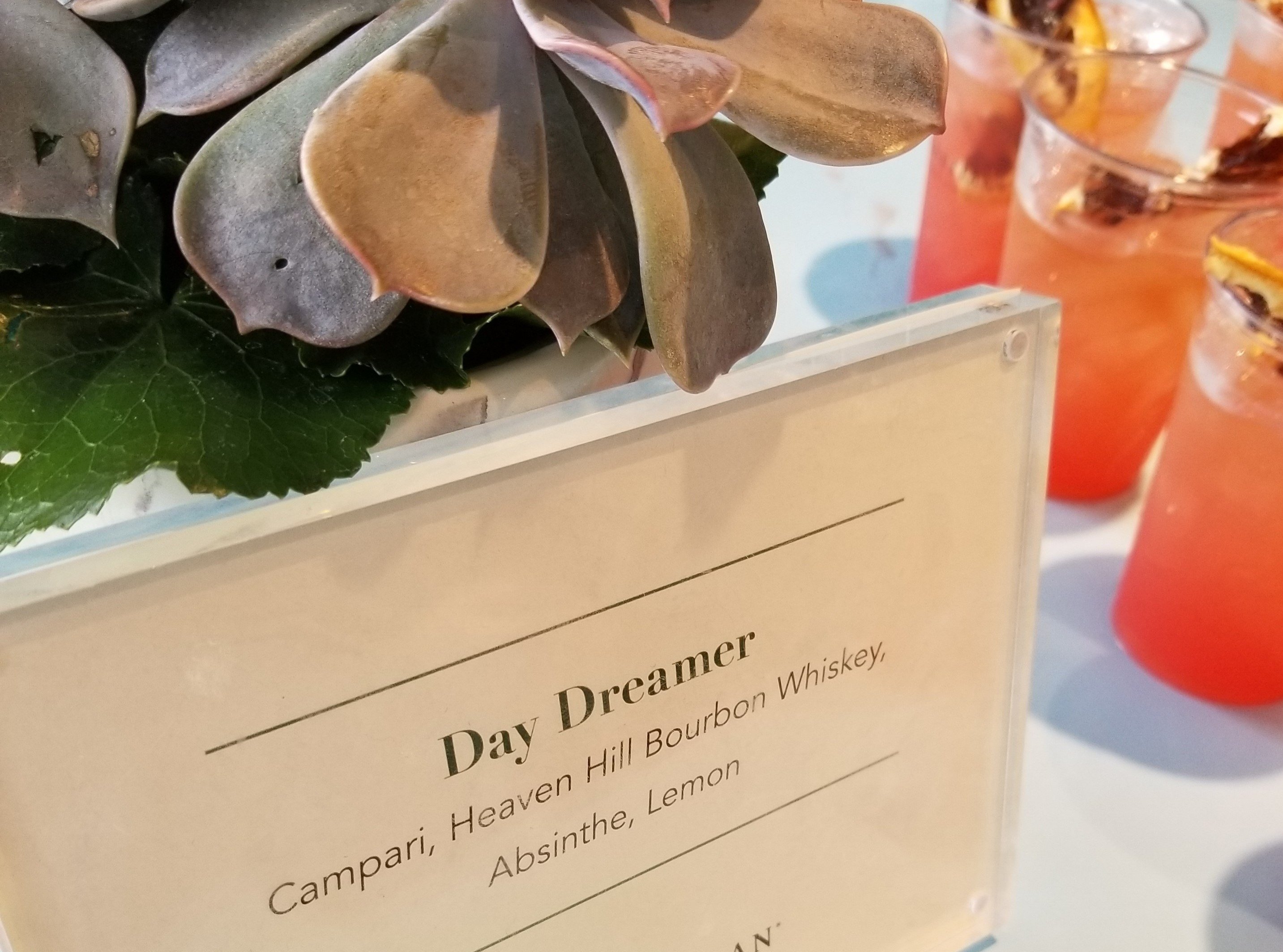 There were culinary students walking the grounds with empty silver tubs asking for cash donations. I learned at the Auction Tent the donations were part of an event-wide fundraiser to support hospitality education by providing scholarships. The auction was sponsored by the Illinois Restaurant Association’s Educational Foundation and powered by the Bidding for Good app.  Listed items almost anyone can afford as well as high ticket items are donated by celebrities, large organizations and private operators. The entire industry came together to support a  good cause  that benefits all of Illinois. Illinois is a vast state with many restaurants and food service organizations where Chicago enjoys most of the spotlight.  It’s great to see the Illinois Restaurant Association Educational Foundation’s work in action supporting  all of this great state.